Charter of Rights and Freedoms

Section 7: The right to life, liberty, and security to the person at the right to not be deprived thereof except in accordance with the principles of fundamental justice

Section 8: The right to be free from unreasonable search and seizure.

Section 9: The right to be free from arbitrary detention of imprisonment

Section 11(b): Protects your right to a trial within a reasonable time.


The right to life, liberty, and security to the person at the right to not be deprived thereof except in accordance with the principles of fundamental justice.

This section of the Charter of Rights is the catch all section with respect to legal rights. It basically sets out that if the state is going to take away your life, liberty, or security of the person, they must do so in accordance with principles of fundamental justice. The principles of fundamental justice can be found in the basic tenets of our legal system. In English, this means the principles of justice that we all take for granted in our country. These principles include the right to a fair trial and the presumption of innocence. The right to a fair trial includes the right to make full answer in defence to the charges. The presumption of innocence means that a court presiding over a criminal trial must presume a defendant to be innocent, unless the Crown establishes beyond a reasonable doubt the guilt of the defendant. This rule applies to judges and juries. Thus, it is not enough that an individual in Canada is probably guilty; the guilt must be proved beyond a reasonable doubt. So, if one of the necessary witnesses has a propensity to lie or their explanation does not seem plausible, a judge or a jury must acquit unless despite these failings, the Crown has proved the case beyond a reasonable doubt.

The right to full answer and defence includes the right to disclosure of all of the Crown’s case. For instance, in a charge of trafficking in MDMA Tessmer Law applied to the prosecutors for disclosure of all analysis conducted on the drugs to determine that they were in fact MDMA and requested all the notes of the police officers relating to the grounds to arrest our client. The Crown Prosecutor misinterpreted his duty of disclosure and Tessmer Law applied to the Trial Judge for a stay of proceedings because there was a breach of the Defendants right to make full answer and defence, see R. v. Sullivan, also Regina v. Black and Vanderzon, R v. H and R v. Murdoch.

In another case where Tessmer Law argued that a defendant was not guilty of impaired driving, the relevant evidence sought was the maintenance records of the data master instrument used to establish the defendants blood alcohol concentration. The crown failed to provide those and the defendant was acquitted in Regina v. Dezordo.

In Canada, one of the principles of fundamental justice is that the process not be abusive to an individual’s rights. In Regina v. Jane Doe the police offered the defendant on a drinking driving case an incentive by stating that if she provided information about drug dealers they would not proceed with the impaired driving case; she did help the police but they nevertheless proceeded with the charges of drinking and driving. The Court found that this action on the part of the police was an abuse of process and the charges were accordingly judicially stayed.


The right to be free from unreasonable search and seizure.

In cases where a search warrant has been granted, the police have to establish that there must be reasonable and probable grounds for the search as well. That means there must be a probable cause to believe that the sought after substance, whether it be cocaine, a rifle, stolen property, or crystal meth, is in a place to be searched. In Regina v. Martin and Hodgins, recently decided, the Lawyers at Tessmer Law established that there were not proper grounds to believe that there was marijuana grow operation at the Martin residence.

Sometimes police officers will search vehicles at the side of the road and rely on their power to search that arises in some cases from a lawful arrest. In that case, the police had to show they had grounds to arrest the individual prior to conducting their search, see Regina v. Mann, which was decided at the Supreme Court of Canada.

The manner of search is frequently an issue and this can refer to the amount of force the police use when they conduct a search and other conduct that may not be reasonable. For instance in Regina v. Schedel the Court of Appeal agreed with Mr. Tessmer that using a battering ram to enter into premises to search for marijuana grows was unreasonable and the evidence was excluded. The police had said that they adopted that strategy because surprise was the best tactic. In Regina v. Hiney the police had a policy of destroying the marijuana grow equipment they found and Mr. Tessmer argued that that policy was illegal as it was for the judge to determine whether or not marijuana equipment ought to be destroyed at the end of the case and not a decision for the police to make. As a result Mr. Hiney was acquitted from his charges. More recently, the lawyers at Tessmer Law were involved in a case where police are alleged to have eaten the defendant’s food, written on his walls and generally conducted themselves in a disreputable manner. This case remains before the courts.


The right to be free from arbitrary detention of imprisonment.

This right refers to the right not to be jailed, detained, or imprisoned without due cause. For example, the police are not entitled to use a policy as a basis for putting somebody in jail or putting them in handcuffs. So in Regina v. Paterson, Judge Sperry agreed that the police officers policy of handcuffing an individual on the way down to the police station for a breathalyser test was illegal and the breathalyser evidence was subsequently excluded. In Regina v. Christiensen, Judge Leggatt agreed that locking up an impaired driver, following a breath sample was an arbitrary detention and the charges were subsequently stayed.

These rights protect individuals when they first come into contact with the police. If the police don’t tell you why you have been detained, it’s hard to know if you should talk to a lawyer. Furthermore, if they don’t tell you about your right to a lawyer you may not assert the right to speak to counsel. The right to retain and instruct counsel includes the right to be told of that right and to be told that you can talk to any lawyer you want, including having access to a phone book so that you can find a lawyer, or phoning a friend or relative to get the name of a lawyer or to take advantage of a free legal aid lawyer. Frequently, the police fail to comply with these requirements and as a result, evidence is excluded, see the Supreme Court of Canada decision in Regina v. Bartle.


Protects your right to a trial within a reasonable time.

This timeframe ordinarily does not start ticking until you are formally charged. To be formally charged means that an ‘information’ has been sworn before a justice of the peace alleging that you have committed a crime. You are not formally charged when the police release you and give you a document telling you to come to court, that is not a formal charge.

Trial within a reasonable time depends on the circumstances and in particular the extent of prejudice to you by having a delayed trial. Some people are content with a slow pace of proceedings and other people have such stress and anxiety they wish it concluded as soon as possible. If you are one of those types of people or a witness has gone missing, you are more apt to win your argument that your right to a trial in a reasonable time has been violated. If you are successful your charges will be dropped. The lawyers at Tessmer Law were able to persuade the Judges to stay the proceedings, for example, in the following cases:

The above statements are based on a snapshot of the law and do not represent a detailed analysis of any given fact pattern and the law relating to it. Furthermore, the law changes over time and may be interpreted differently by different judges. The lawyers at Tessmer Law will explain the law to you and offer their opinions as to the probable outcome of your case. However, because the final decision is frequently in the hands of a Judge, no guarantees of results can be made. 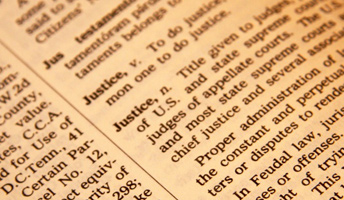