(a)   without the consent of another person, he applies force intentionally to that other person, directly or indirectly;

(b)   he attempts or threatens, by an act or a gesture, to apply force to another person, if he has, or causes that other person to believe on reasonable grounds that he has, present ability to effect his purpose; or

(c)    while openly wearing or carrying a weapon or an imitation thereof, he accosts or impedes another person or begs.

It is not uncommon to find persons charged with assaults despite maintaining their innocence be it through self-defence, consent, defence of property, or that the complainant is lying.  Perhaps you dispute what the complainant is saying, or perhaps you agree but were only acting in order to secure your own protection.  Either way, the law is clear that you may use some force in order to defend yourself or your property as long as you do not use any more than in necessary.  Thus, it is our goal to establish that you acted reasonably.

We defend against all types of assaults: simple assault, aggravated assault, and sexual assault.  We do so by uncovering the truth of what really happened and bring forth defences such as consent and self-defence which might otherwise be ignored by the police.

We also work together with psychiatrists, psychologists, and other experts when necessary who can also help to explain what really happened on the night you were charged.  We want you to be able to tell your story when it seems like nobody else is listening.

(b)   to pledge it or deposit it as security;

(c)    to part with it under a condition with respect to its return that the person who parts with it may be unable to perform; or

(d)   to deal with it in such a manner that it cannot be restored in the condition in which it was at the time it was taken or converted.

Not everyone who is found in possession of stolen property is guilty of theft: maybe you intended to pay for the item but forgot it was in your bag, or maybe you someone said you could borrow their property but didn’t specify as to when they wanted it back.  The fact is, “intent” to steal is a critical element of the offence and one which the prosecutor must prove beyond a reasonable doubt.

In defending against theft charges, we rely on defences such as a lack of intent, colour of right, and consent.  Don’t just assume that because you had the property in your possession at one point in time that you’re necessarily guilty.  You may have a defence, and if so, we will find it.

We defend charges classified as offences against property in the Criminal Code, those include: theft; robbery and extortion; breaking and entering and possession of stolen property. Property related offences often carry jail sentences, so you want to rely on our expertise in attacking illegal searches and calling in question circumstantial evidence to defend you.

Tessmer Law Offices has experience in defending provincial offences, including environmental offences and hunting charges. We also deal with federal charges, including tax evasion and fishing charges. We hold the Crown to strict proof of the charges against you and use statutory interpretation and violations of your civil rights in your defence. 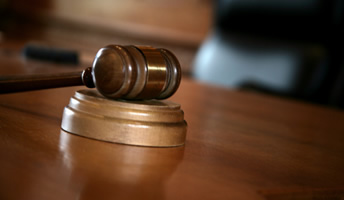